Is your hi-rail excavator compliant?

Is your hi-rail excavator compliant? 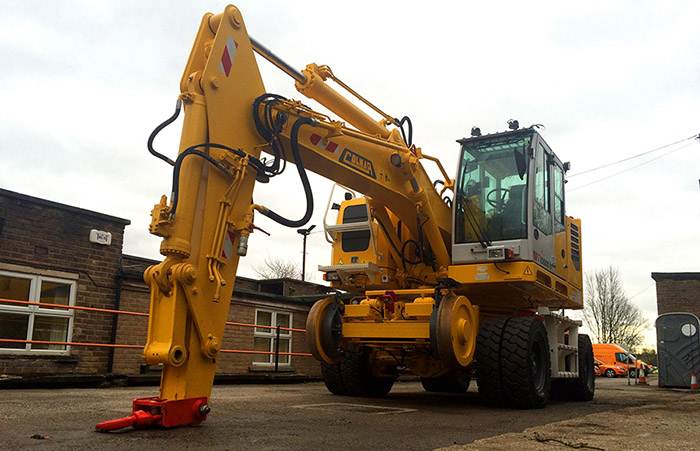 Hi rail excavators have been popular in Australia for many years with the traditional route to getting on-track being the conversion of an Australian sourced machine. However, the recent introduction of stringent standards and requirements by many rail networks and the addition of the forthcoming AS7502 Road-Rail Vehicles Standard has lead many to consider importing a dedicated hi rail excavator directly from Europe.

Before doing this, it is critical to understand the differences between European and Australian standards. Failure to do so can result in long and costly delays in obtaining on-track registration with some machines needing substantial modifications and testing to bring them up to Australian standards.

What’s the problem?
Most European machines are built to be compliant with EN15746 which, is the European standard for road-rail vehicles, some will also comply with RIS-1530. Excavators and loaders are likely to be compliant with ISO10567 too, however, neither of these standards are applicable in Australia.

European standards often use broad statements to cover a wide range of criteria with the onus being on the certifying engineer to demonstrate compliance. Australian standards on the other hand, usually prescribe exactly what must be done to achieve compliance – Failure to meet any of the prescribed detail results in non-compliance.

Whilst many European machines are designed to comply with European twist tests, the curves used to calculate required twist in Australia are different and many imported machines don’t comply without modification.

Did you know that in Europe it is acceptable to deploy the rail wheels on a rubber-tyre excavator far enough to lift the road tyres off-track and allow it to “coast” over trackside obstacles, even if the rail wheels are not fitted with fail-safe brakes?

Non-compliance issues associated with European road-rail machines can often extend beyond the rail guidance system with the boom, rotating head, quick hitch, electrical and hydraulic systems needing additional testing or remedial work to bring them up to Australian Standards.

How do I know if my machine is compliant?

The manufacturer of the machine should be able to provide you with certification to demonstrate that it is fully compliant. It’s important to remember that compliance with CE, EN or ISO requirements does not equal Australian Standard (AS) compliance.

A CE certificate from the manufacturer is in no way an indication of compliance with Australian Standards.

The certification should cover the entire machine including the rail guidance system, lifting points/boom, load charts, on-track stability, rotating head and quick hitch. Certification must reference Australian Standards and show that the machine has been tested accordingly.

How can I buy a fully compliant machine?

Working with Colmar Technik and drawing on many year’s experience within the Australian road-rail vehicle industry, Aries Rail are able to offer a range of fully Australian compliant road-rail excavators and loaders.

Because the machines are built as dedicated road rail machines they are fully compliant with Australian standards including the new AS7502 Road-Rail Vehicle standard. For further information, see the road-rail excavator and loader section in the products and services menus at the top of this page.